Home  /  About Us  /  Technical Advisory Board

Our commitment to developing rehabilitation standards and services throughout China is backed by our Technical Advisory Board, comprised of internationally-recognized academics and clinicians. Regular communication with the Board ensures that LIH Oilvia’s Place leadership and clinicians providing front-line care have access to the latest research and best clinical practices from around the world. Additionally, the Board acts as a resource for our professional staff through training and consulting. 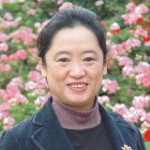 Dr. Ao is the Department Chairperson of Kunming Medical University’s Rehabilitation Medicine Department. She is also the Vice Chairperson of the China Association of Rehabilitation Medicine, the Secretary General of the Yunnan Provincial Association of Rehabilitation Medicine, the Chief Physician in the Rehabilitation Department of the Second Affiliated Hospital of Kunming Medical University, the Chief Medical Officer of the Yunnan Disabled People’s Federation Rehabilitation Hospital, and on the editorial boards of multiple medical journals. Dr. Ao has made very significant contributions to the development of rehabilitation medicine, physical therapy, occupational therapy and speech and language pathology in China. Among other things she has been instrumental in starting the first degree programs in these three latter fields. Dr. Ao has a passionate commitment to the development of pediatric therapy in China, assessment of children with cerebral palsy, and methodology for treatment. 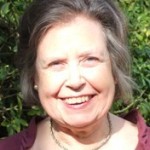 Dr Challis has specialized in neuro-pediatrics over the past 44 years, having trained in the Universities of Cambridge and London. She consulted at The Portland Hospital, London, England, until autumn 2015. Her specialism was in the assessment and treatment of children from all over the world with neurological conditions, including autism, cerebral palsy, epilepsy, neurodegenerative diseases, and a wide range of congenital disorders.Her continued special interests include the holistic management of the care of children with complex, chronic disorders from initial assessment, particularly using the Griffiths Mental Development Scales (GMDS). She lectures regularly in the UK and abroad, particularly in China, partly to facilitate the growing use of assessment in diagnosis and provision of therapy for children with disabilities. Dr. Challis is presently a Consultant Pediatrician specializing in Neurodevelopment and Neurodisability. She is the Past President of the Association for Research in Infant and Child Development. She is also a member of the Member of the British Paediatric Neurology Association and the British and European Academies of Childhood Disability 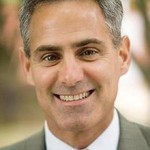 Dr, Cifu is Chairman and the Herman J. Flax, MD Endowed Professor (tenured) of the Department of PM&R at the Virginia Commonwealth University (VCU) School of Medicine in Richmond, Virginia. He is also Chief of PM&R Services of the VCU Health System and Founding Director of the VCU-Center for Rehabilitation Sciences and Engineering (CERSE). He is the Senior Traumatic Brain Injury Specialist for the U.S. Department of Veterans Affairs. He has been funded on 39 research grants of over $130 million, including currently serving as Principal Investigator of the VA/DoD $62.2 million Chronic Effects of Neurotrauma Consortium (CENC). In his more than 25 years as an academic physiatrist, he has delivered more than 500 regional, national, and international lectures, published more than 200 scientific articles and 65 abstracts, and co-authored or edited 31 books and book chapters. He is also the Past President of the American Academy of PM&R (2007-8) and Editor-in-Chief of the 5th Edition of Braddom’s Physical Medicine and Rehabilitation textbook (2015).

Dr. Deitz was a professor in the Department of Rehabilitation Medicine, School of Medicine, University of Washington (UW) for 30 years. During her tenure at the University, she was involved in curriculum design, development, implementation, and evaluation; taught undergraduate, masters, and doctoral level courses; served as Graduate Program Coordinator for the Department; mentored graduate students in occupational therapy, physical therapy, prosthetics and orthotics, and education; chaired the committee that developed the UW interdisciplinary PhD program in Rehabilitation Science; was the principal investigator or project coordinator for numerous federally funded grants related to either program development or research; and was elected to the UW Graduate School Council.

She has published extensively with a focus on pediatrics, measurement, and assistive technology. She has 80 research publications in peer-reviewed journals and has contributed chapters to major textbooks in her field. Nationally, she served as an American Occupational Therapy Foundation (AOTF) Regional Research Consultant and chaired the AOTF Research Advisory Council;served on the National Advisory Board for Medical Rehabilitation Research (National Institutes of Health); and was on the editorial boards of peer-reviewed journals appropriate to her field.   Her primary awards include American Occupational Therapy Foundation Academy of Research; Fellow of the American Occupational Therapy Association; Lifetime Honorary Membership in the American Academy of Orthotists and Prosthetists (in recognition of her leadership in helping them move their educational programs to the master’s level); and two American Occupational Therapy Foundation Meritorious Service Awards (2003 and 2008).  The latter was for being an “effective and articulate advocate for the relationship among occupation, participation, and health”; and for sharing a “wealth of knowledge” and an “interdisciplinary perspective, as both a scholar and teacher.” 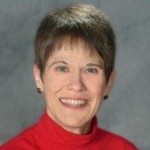 Dr. DeMuth developed the clinical pediatric physical therapy curriculum in the Doctor of Physical Therapy program at the University of Southern California (USC) where she taught for 16 years until she retired in 2013. Her contributions to the Division of Biokinesiology and Physical Therapy were recognized with the Division Tribute Award in 2014. Dr. DeMuth especially enjoyed supervising students in providing care for children and families in Fit Families (the pro bono clinic at USC) and at volunteer sites in Mexico. She has continued volunteering as a clinician and teacher of physical therapists and orthotists caring for patients with cerebral palsy and polio internationally. Prior to teaching at USC she served as a clinician, and supervising therapist at Boston Children’s Hospital and Children’s Hospital of Los Angeles as well as acting director of physical therapy at the Children’s Hospital of Philadelphia.

Dr. DeMuth directed the Los Angeles collection of normative data for the Test of Infant Motor Performance, a multi-center NIH funded research project with Suzann Campbell, PT, PhD, to develop a new test for evaluating motor performance in infants born prematurely. She was also co-lead investigator on the Pediatric Endurance and Limb Strengthening Study (PEDALS) that evaluated the effect of a stationary bicycling intervention on strength and endurance in children with the spastic diplegic form of cerebral palsy.

She has served as the co-chair of the education committee and as the chair of the nominating committee of the Pediatric Section of the American Physical Therapy Association. She was recognized for her service to the Pediatric Section with the G E “Bud” DeHaven service award, one of the sections highest honors. Dr. DeMuth was an article reviewer for the journal of Pediatric Physical Therapy. She has written chapters on orthopedic pediatric physical therapy in two texts and has published abstracts and articles in peer reviewed journals on idiopathic scoliosis, cerebral palsy, orthotic practice and wound healing using electrical stimulation. 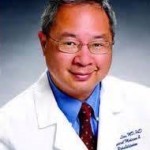 Dr. Lew is a board-certified physician in Physical Medicine and Rehabilitation (PM&R) in the USA. He completed his PM&R residency training and Traumatic Brain Injury (TBI) fellowship at the University of Washington in Seattle, Washington. Dr. Lew served as Clinical Assistant Professor of PM&R at Stanford University School of Medicine, Associate Professor at Harvard Medical School, and currently holds two Professor appointments, one at the University of Hawaii School of Medicine, and the other at Virginia Commonwealth University School of Medicine. Dr. Lew has been awarded multiple federal and state grants to study the diagnosis and rehabilitation of brain injury, with emphasis on promoting evidence-based clinical practice. He has published more than 120 scientific articles, 10 book chapters, and authored 3 textbooks (Electromyography, Polytrauma Rehabilitation, and Braddom’s Textbook of PM&R, as Associate Editor, with Dr. David Cifu as the Editor).  He has been recently appointed as Chair of the Education Committee for the International Society of Physical and Rehabilitation Medicine (ISPRM).